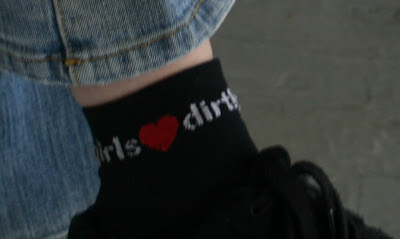 Colby has had a couple of wonderful days ! We stopped by the hospital yesterday on our way to Stockbridge. The doctors had good news and reported that the swelling of his head had gone down and that his Brain Bleed had not gotten any worse. I was flying high after I heard this !! I could have made it up to Mass. without a car after hearing that great news !!! Yes, we totally understand that things could change at any time, but as Tracey put it so well "If we can't enjoy the good news, then we can we enjoy right now?" Both yesterday and today, Colby was alert, squirming all about and seemed relatively happy. He hates the tube he has that goes into his lungs. He's always pulling on that. Poor guy.
His heart rate keeps going up and his blood pressure keeps dropping. The doctors said this could be a sign of a couple things. First...it could be just his situation and nothing to worry about. Secondly, it could be a sign of an infection brewing. Or, it could be another part of his intestine that's died. Lastly, it could be that the hole in his heart has reopened. If it's an infection, it should show itself in the next couple days. They don't think it's his heart, but will keen an eye on it. And blood work would show anything with his intestine.
They have started him on breast milk again and thus far he's doing well with it. It's not to give him much nutrition at this point as it's a couple drops that are fed down a tube into his belly. But if he tolerates this OK, they will gradually increase the amounts and frequency to the point were he would get a nutritional benefit. He's gained a little weight and has broken the 2 pound mark! Amazing to think that our little guys only weights 2 pounds !
So you've got to be wondering why I put a picture of someone's feet up above.... Tracey and I needed to take an escape from everything so we went to the Red Lion Inn yesterday up in Stockbridge, Ma. For those of you who have never been there, it's an old inn within a quaint New England town. We like it's charm and the surrounding area. So we're sitting out on the front porch yesterday afternoon enjoying a glass of wine and trying to relax and get our heads together a little. They don't have a dress code but many people on the porch that day seemed like they sleep in dress clothes and iron their underwear. We were both wearing jeans, she had a sweater over her shoulders, I had a fleece vest on. Anyway....so there we are, looking around when I look down and see my lovebug's socks. She has these mountain biking socks that say "Girls Love Dirt" on them !!! It made us laugh. That's why I love her so much !!!
Posted by Scott at 9:14 PM

Let's go Colby! It souns like you guys had a nice time and a little getaway was definitely in order. Welcome back!

Scott and Tracey, I'm so glad that the two of you were able to get away, even for a little while. It's great to hear that Colby is having a good few days, hopefully, many more to come. I do believe that Avery will watch over and care for Colby. When you can't snuggle with him, she can. Your sock situation, made me smile...laughter really is the best medicine :)

Hi Scott, I am embarrassed to admit that I have become somewhat of a myspace stalker. I went on Erins site one day to see if she had her baby, browsed through her friends, saw you and would periodically check on you. I don't have a myspace acct so I could never comment. I was thrilled to find out you were expecting and loved your wife's pregnancy pictures, she's adorable. You are such a great guy and to know that you are with someone that you truly love makes me so happy for you. Even though we haven't spoken in years I wanted to let you know that I still think and care about you. I am saying my prayers for little Colby and like everyone else, am so sorry about Avery. Your story has definately touched me- I can't tell you how many times I would go to my kids and hug and kiss them and cry a little and thank god for them. My oldest thought I was going crazy, lol. Stay strong with Tracey, the love you seem to share can pull you through anything. My love, support and prayers are with your family- Love, Jennifer(Taschereau) Hotchkys96@sbcglobal.net

So glad that Colby is doing good and that you guys had a chance to get away and relax for at least a night, you need it.