Colby & Avery in the NICU 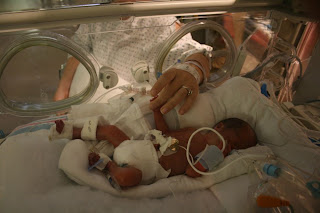 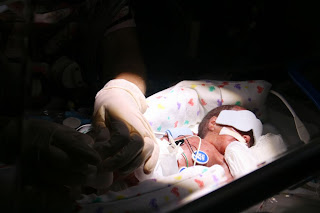 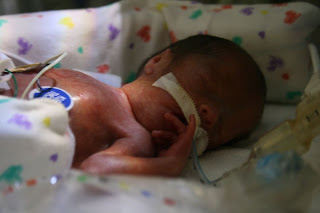 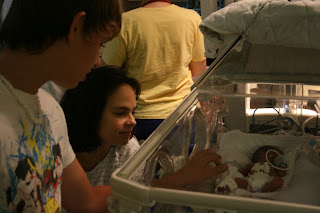 Colby & Avery have now been in the NICU for 1 week and 6 days. We've been told that their stay there will be a roller coaster of emotion. Thus far, our experience has lived up to that. Each baby has been on and then off of resperators. Colby has had spells of apnea and has been on the oscelating resperator. Both babies have IVH's also known as Brain Bleeds. Avery has a level 3/4, Colby a little less with level 1/2. Both babies have had PDA's, where a whole in their heart which usually closes for full term babies stays open. They've both been treated and both seem to show signs of that being rectified. Both have had their first trail of breast milk by way of a tube into their bellies. Both had their bellies swell as a result and are now not being fed. I could go on and on about their conditions, but the one thing we've found to be very true, whatever's happening today will probably be different tomorrow.
I've been sending out e-mails to friends and family with more detail and a bit of a day by day update on their condition. Going forward, I will post these details on this blog.
Posted by Scott at 10:21 AM

Be strong Colby and Avery!

Be strong little ones!!!

Be Strong Colby And Avery!
Stay strong Tracey and Family!