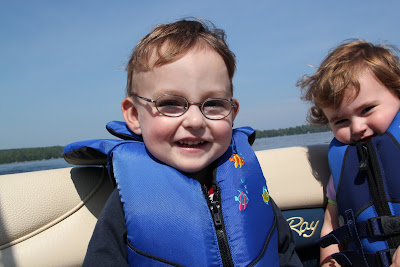 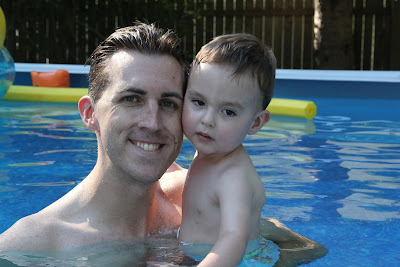 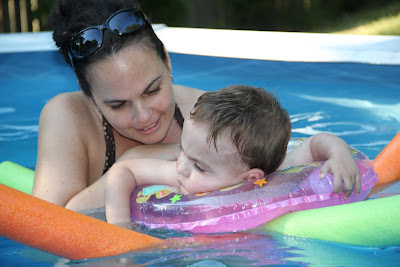 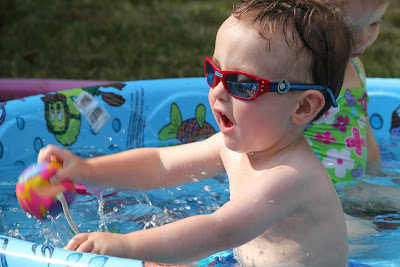 So....what's new? Colby is walking! This video is a bit old now. I'll need to take more video as he's progressing so quickly. He took his first steps a couple weeks ago and hasn't turned back. He's been cruising for quite a while, so we knew it would only be a matter of time until he would be walking. It's amazing to see how quickly he's gaining confidence and strength! He still has trouble if he falls in the middle of a room because the only way he knows how to pull himself up is if he has something to hold onto. But he's working hard on that too. He has a "running" voice, or I should say breath. When we tell him to run, his little legs move a little quicker, but he breaths loudly and quickly, kind of like a dog panting. Then when he gets to wherever he was going, he'll let out a "phewwwwww".

Birth to Three is almost done as Colby turns 3 in a couple weeks. He got into the local preschool for two mornings a week which will be wonderful for him.

Apart from the walking, he continues to expand his vocabulary and develop his personality. He has a little sense of humor going. He's also starting to laugh at certain cartoons he watches which is really cute.

His cyclic vomiting syndrome has gotten better too. He still gets sick a couple times a month. There doesn't seem to be any rhyme or reason to it and his episodes don't last as long and aren't as intense as they used to be.

He's still wearing his glasses, though we've noticed that when he doesn't wear them, his eye isn't turning in as much. His glasses have been sat on, twisted, dropped, had all kinds of food smeared over them and right now seem to be holding together by a thread. So we'll need to set a new eye doctor's appt for him and see what's next.

So that's the scoop. I continue to look back at how far he's come. I just can't wait to see all the new things that he'll surprise us with.