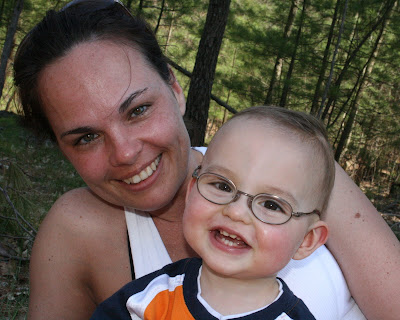 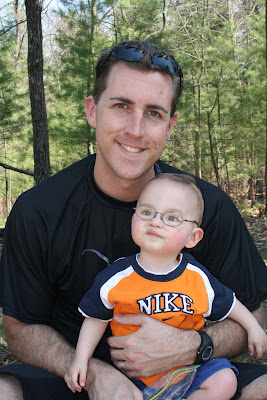 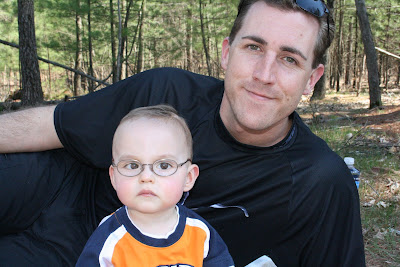 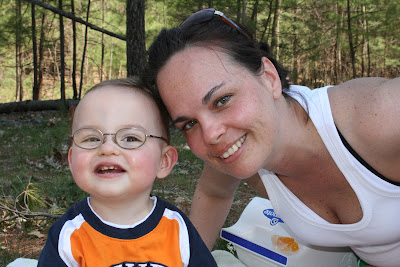 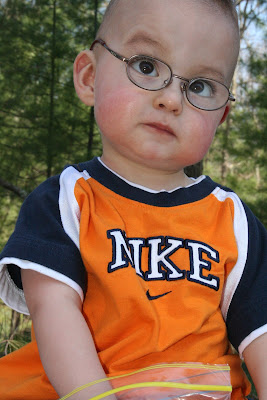 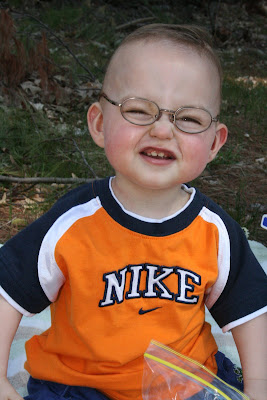 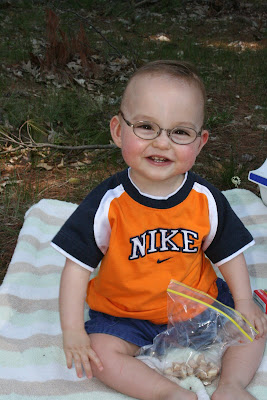 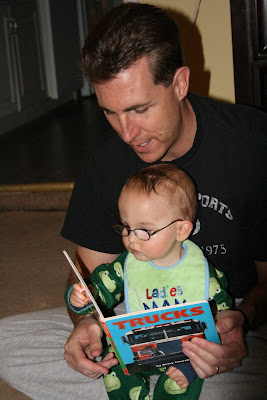 The weather here in Connecticut has been beautiful. So Tracey and I got Colby a trailer that attaches to the back of our bikes. We tested it out yesterday on the rails to trails in Farmington. Colby seemed to enjoy it. These are some pics from yesterday.
Apart from that.....just the usual, working with crawling and standing. He's babbling A LOT lately which is just too adorable. I'll need to get some video and post it at some point.

Just some pics...enjoying the spring weather 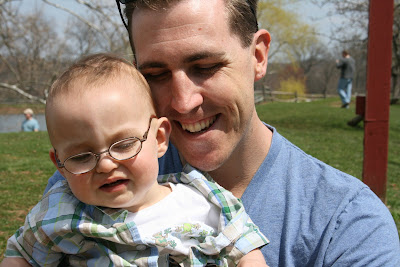 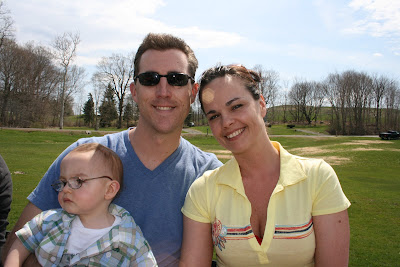 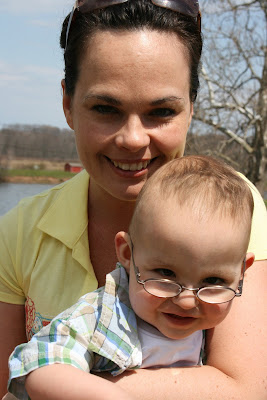 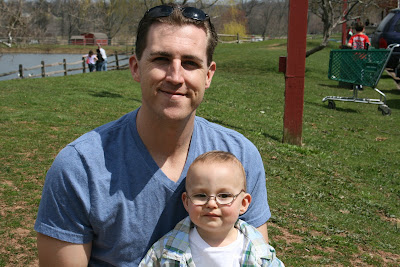 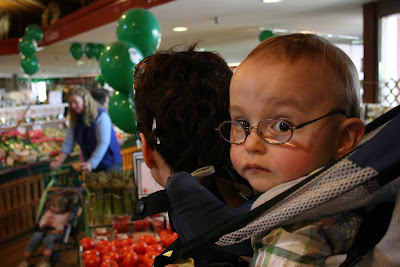 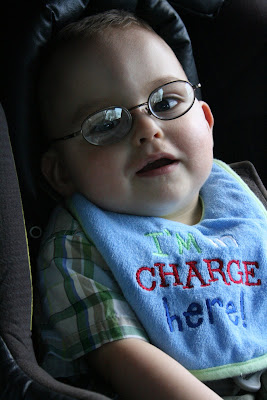 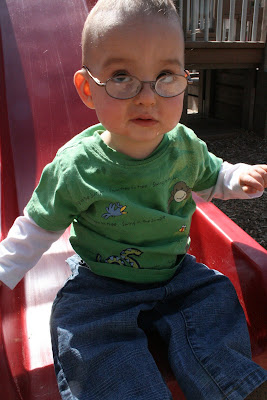 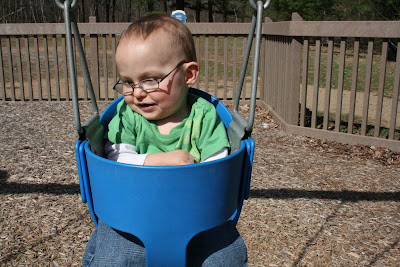 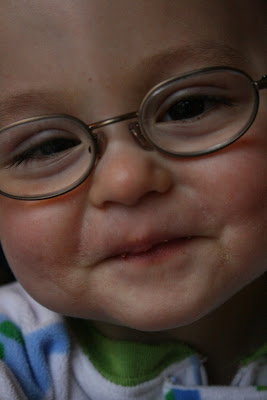 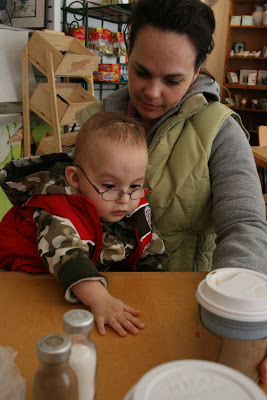 (Colby and momma out and about at a coffee shop. I love bringing Colby out. It exposes him to new things and gets his mind working. He's very easy going which makes it easier.) 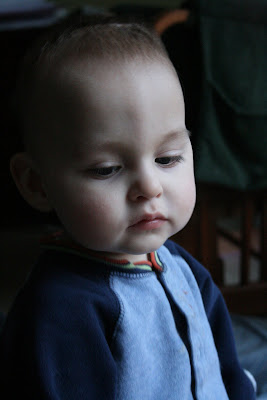 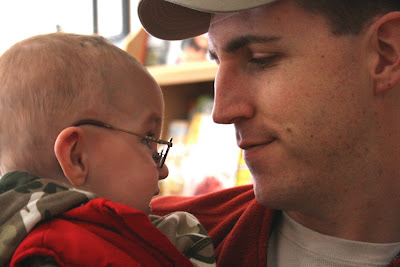 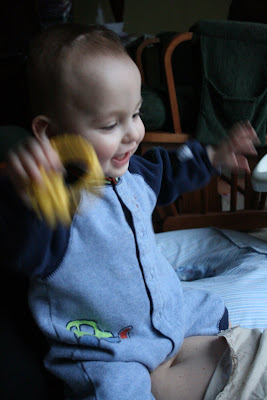 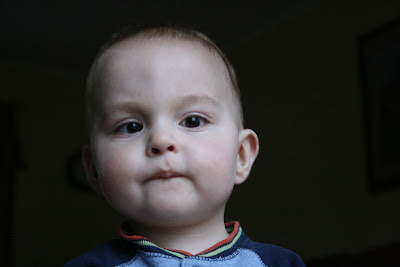 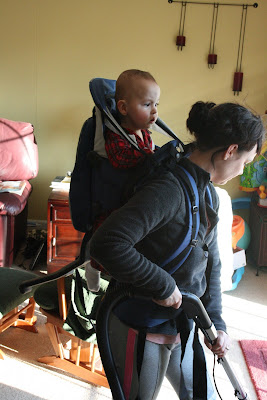 (We try to include Colby in as much as we can. If we're folding clothes, we'll give him a shirt or something and ask him to "help". If we're making the bed, we'll put him on the bed and do the same. Tracey often puts him in the backpack or bjorn if she's making dinner or working around the house. He's Colby on momma's back as she vacuums. He knows what the backpack and bjorn mean. If he sees you putting either on, he'll get all excited, start babbling, kicking is legs, etc) 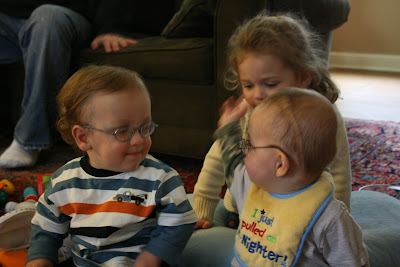 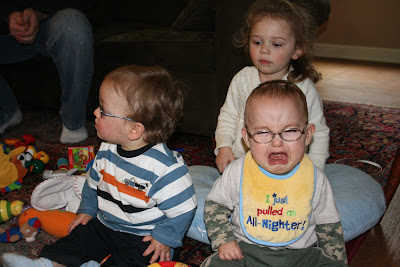 (Colby spent over 4 months in the NICU after he was born. Tracey and I were there just about every day. Many families come and left during our stay and we got to know a couple of them. One family, Jess and Rick, had a son Joey. They were right across the room from us and we'd talk from time to time and have kept in touch since leaving the NICU. We finally got the boys together a couple weekends ago. Joey is doing so well! He's crawling about, stands and explores things. I was hoping that seeing another boy crawling and walking around would entice Colby to want to get out off his butt and move about. ....no luck. It was great to see Jess and Rick and to see little Joey doing so well. I think there's a unique bond between parents of micro preemies. People can understand that it's hard, challenging, emotional....and all that goes on by having your plans so abruptly changed. But to have gone through many of the same emotions and challenges provides some unique insight into the journey. So I'm thankful to have kept in touch with Jess and Rick and hope the buys can get together every so often as they get older.
The last picture has Colby a bit upset. He was trying to take off Joey's glasses. I told him "no" and then Joey's big sister wanted to help and told Colby "no no". Well, having another kid tell him "no" was not a very nice thing for the Colbster. So, he was a bit upset. LOL) 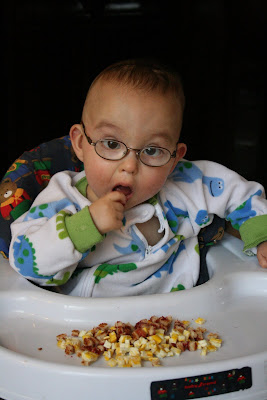 (Colby munching on some toast and eggs. It was funny because he wasn't keen on the eggs. So he'd spit them out pretty quickly if he happened to grab some in his hand.)
Our little guy is doing very well. The last couple weeks have brought a couple challenges and some new accomplishments. Colby started having a fever last Tuesday and was throwing up during the night. Our first thought is to watch his shunt. But after a couple calls to his neurosurgeon and a visit to his doctor, all looked fine. It seems now that it's because his molars are coming in. Apparently that's not a very fun thing to have happen!
He's been sneezing, had a runny nose, a cough, etc. We chalked it up as a bit of a cold or possibly a side effect from his teething. But then last night, we went into Whole Foods and he immediately started sneezing. And not a dry sneeze at all. All the fun bubbles, gobbs of slimey...well...you know. And he kept sneezing, his eyes got all puffy. So Tracey and I think it's allergies. Probably to the cut flowers they had in there. He continues to have puffy eyes and is sneezing all kinds of stuff around this morning. So I'm thinking it's allergies to some spring related thing. If it continues, we might ask his doctor if there's anything we can do to help him.
I can't remember if I mentioned this in my last posting, so I'm sorry if this is a repeat. Months ago, we were trying to teach Colby some basic sign language...more....eat, etc. But he wanted nothing to do with it. We could tell via his other body language and his sounds if he was hungry, tired, etc. So we let the sign language go. A couple weeks ago, Tracey was on the couch with Colby sitting next to her. She was eating a snack and looked down at Colby. There he was, looking up at her signing "more". Out of the blue, he started doing it. And now he does it whenever he wants some food or drink. We've been trying to get him to say "more". We're having some success. He'll mumble "mo...". His language continues to progress as well. We tell Hamilton he's a "good boy". Colby has picked up on that and from time to time will mutter "gu bo...gu bo". For a short while, everyone was a baby. If anyone walked into the room, he's get excited and say "Baby!". He still knows his blog is on the computer and loves looking at his pictures and all. When Tracey or I are on the computer, he'll reach for it and say "Baby! Baaaaaaaaby!".
We continue to work on trying to get him to stand or crawl. We're going to see if we can get him into a local physical therapist that's come highly recommended for some extra help. They're booked for the next month so hopefully we can arrange something for May.
Posted by Scott at 7:37 AM 2 comments: