CVS, more than a drugstore 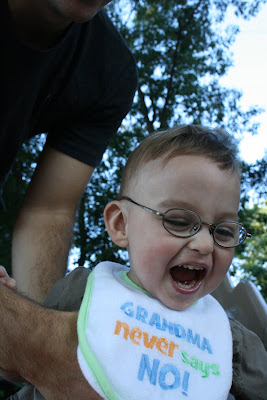 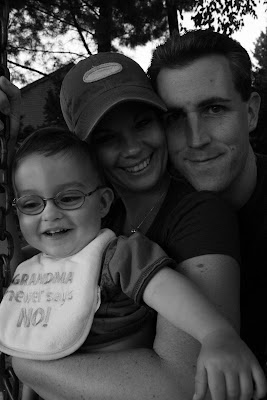 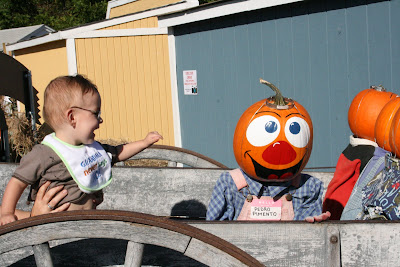 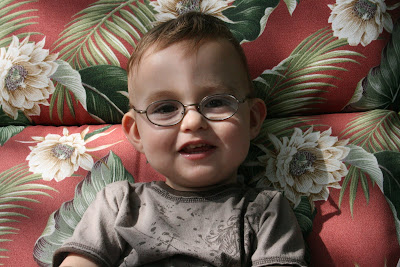 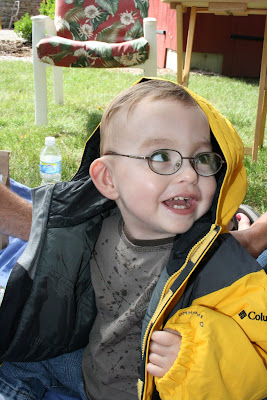 For the past couple months, Colby has been vomiting. At first it would be once a week, if that. Gradually, it become more frequent, sometimes 2 or 3 times a week. The fact that he was vomiting didn't alarm us. Our first thought was to make sure his shunt was working properly. And in each case, it was. The alarming part of these episodes was that after vomiting, Colby becomes extremely tired, sometimes a bit "out of it" and on a couple occasions, totally non-responsive to our trying to wake him. In between episodes, he's totally fine.
After some tests at the hospital and quite a bit of research on the internet, Colby is now being treated for something called Cyclical Vomiting Syndrome (CVS). He fits the description almost word for word: Periods of vomiting, followed by a tired, sometimes semi-conscious state. Often the person needs to lie in a quiet, dark room to make the symptoms subside. Episodes can be accompanied by migraine headaches and severe abdominal pain. Once the symptoms stop, the person often quickly returns to normal. The episodes are usually very predictable. Meaning that the person will feel it coming on and the symptoms will usually be the same each time. Timing between episodes can be as few as a couple days to as long as months. But once a pattern emerges, the person tends to continue to have episodes on or around the same schedule. People generally learn to cope with the syndrome. But for many, the biggest impact on the person's life is simply being sick and in bed during the episodes. A couple of things I read stated that most kids with CVS tend to miss quite a bit of school, with the average being a total of 5 weeks a year.
For Colby, his episodes seem to come every 5-6 days. Usually, it's just a day's worth of vomiting and wanting to be left alone in his crib and then he's back to his normal happy self.
As far as treatment. The cause of the syndrome is not well understood. Therefore, prevention and treatment is more of a trial and error than a clear cut approach to making the person better. Colby is currently taking an antihistamine. I don't fully understand how it works, but in some cases, this can help the symptoms. In about 60% of the cases, the person's symptoms lessen or mostly disappear during the late teenage years.
So, this is Colby's latest challenge. We really thought he was "in the clear". So now the idea of him having to deal with being so uncomfortable and sick just about weekly for possibly years to come is a bit of a blow to us. We're going to watch him closely to see how this med works and if there's no change, we'll keep searching for something that does.
Apart from this, Colby is doing great. He's a little parrot, repeating just about anything you say. He's starting to put a couple words together, but has a vocabulary of well over 100 words. He recognizes places a well. When we pull into our driveway, he'll say "home". When we pull into daycare, he'll say "kids!!" because we always ask him on the days he's going to daycare if he wants to go play with the kids. He's got manners too. If he burps he'll say " 'cuse me". He sings songs too. It's in his own little language, but sometimes if we're in the car, he'll start singing to a song. Or if we're home and he's playing with his guitar, he'll strum it and say "ooooooooooo soooooooooonnnnnnn sunnnnnnnnnnnnnnnnnnn ooooooooooooooooooo". It's too cute.
I've got to get him ready for daycare and myself ready to start my work week. But I wanted to put an update as it's been a while.
Posted by Scott at 7:49 AM 1 comment: