A short video of our tired Colby 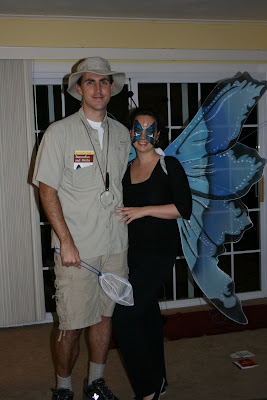 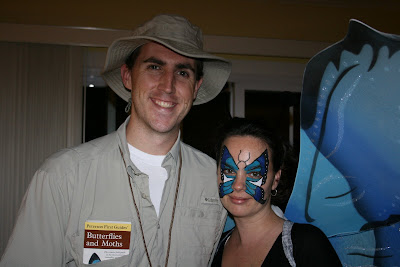 
Tracey and I had a great time last night at the Halloween party. Have you every tried to find a butterfly net in November? That's why I'm holding a fish net in my hand. LOL Hey, it worked out fine. Tracey and I were both very tired today because we haven't gone out in months now and simply aren't used to it.


Colby is doing OK. He seems to be moving in the right direction, but had to get some morphine today to manage his pain. He was very swollen again this morning. He was given some meds to help his body get some fluid out of his system and was looking better by the afternoon. He was also having a little difficulty keeping his blood oxygen levels where they need to be. The nurse reassured us that this is all quite normal for a 3 pound baby that's just had surgery and was a bit worn out going into the whole ordeal.


It's such a long road having a baby in the NICU. There is another couple in our NICU room with a baby born at 24 weeks. They've been in there for about 3 weeks now and I talk with them whenever I get a chance. The other night we were talking and they are worn and tired. I did what I could to support them, but the reality of it all is that it's simply a long journey. The husband seems to have the same frustration that I do.....the unknown. You simply don't know what the future will bring. On the positive side, all the good outcomes are possible. But it's hard knowing that for your baby, those good outcomes are just possibilities, not certainties. I guess little in life is certain anyway.


I took a quick video of Colby the other day. I wasn't going to post it as he doesn't look too well and was pretty out of it. But I figured people care about him and simply want to know how he's doing....good, tired or otherwise. His eyes were very sensitive to light so the nurses turned down the lights in the NICU for us. That's why the movie is so dark. You can see that he's pretty lethargic. I'm not sure if you can tell by the video or not but he's bigger than I've ever seen him. He weighed 3 pounds 12 ounces the other day. I know that some of that is simply fluid that his body is retaining, but either way, that's the largest he's ever been.


I'm really hoping that in the next day or so he will continue to get stronger and be a bit more like himself again. After some good sleep tonight, tomorrow will be a better day.
Posted by Scott at 11:16 PM

The costumes are wonderful!!! I love them!

Thank you so much for sharing that video. Kind of funny...I was reading while I was watching and I was just thinking that he was the biggest I'd seen him when I read your comment about his size.

He is such a beautiful little boy. You two must be so proud of your little fighter!! <3

The costumes are great!!! Tracey makes a gorgeous butterfly!!!

Colby is looking great!!! It is really good that one of his IVs are out. :) I was also thinking he looked mighty big. :D