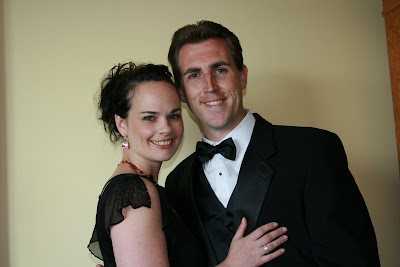 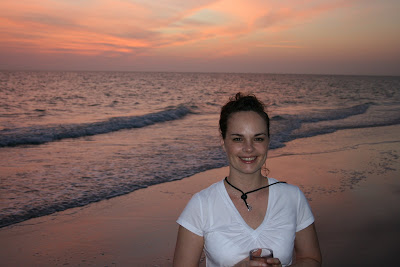 (Tracey in front of our hotel at sunset) 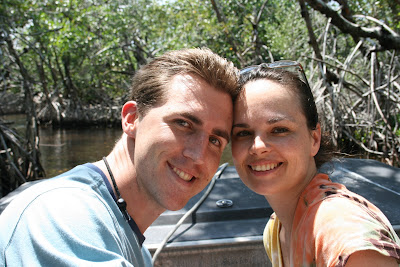 (Tracey and I in the airboat) 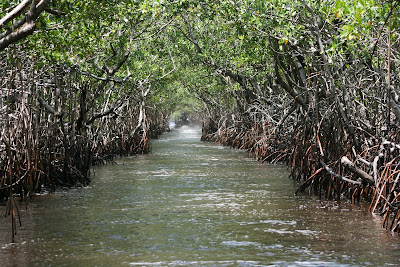 (the driver of the airboat would go flying through these tunnels within the mangroves. It was awesome!) 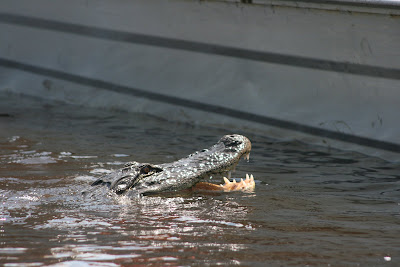 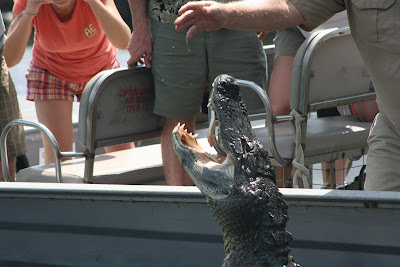 (Nor were they shy about jumping out of the water for a treat!) 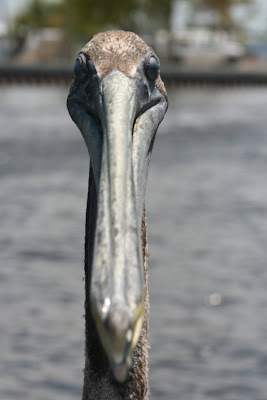 (This pelican landed on the front of our boat. So I figured he must have wanted his picture taken)

Tracey and I went to Naples, Florida for a couple days with my work. We knew about this trip since January and have been looking forward to it ever since we knew about it. Every year, if I bring in a certain amount of business, the company sends us on a trip. Last year it was Portugal. Tracey and I were looking forward to it but because she was pregnant with twins, she thought it best not to go. This year we originally planned to bring Colby and Avery with us. But as we know, things didn't turn out the way we planned and with Colby's issues, we didn't want to bring him. So my mom stayed at the house to watch Colby, Evan and Hamilton. It was simply wonderful for us to get away and enjoy ourselves. 4 days of nothing but relaxing and being pampered....not a bad deal at all.
As you can see, we went for an everglades tour on an airboat. It was our first time both on an airboat and in the everglades. I was surprised how many crocodiles there are. We had to have seen between 15 and 20 during our time there. The third day I went on a kayak tour in the mangroves and Tracey enjoyed a relaxing day at the spa. The trip wrapped up with a black tie event. The company brought in Bruce Hornsby for the dinner. A bit before my time but really neat to watch him play.
We got back yesterday and were very happy to see Colby and Evan.
Colby had another doctors appointment today. They've stopped his multivitamin and upped his pureed fruits. He's now over 13 pounds. I've noticed that his head is rounding out a bit more. He had a very flat spot from being in the NICU and being laid down so much. But we're working to put lay him down on his other side as often as possible and it's working....slowly but surely. We're putting him facing outward in his Bjorn (spelling?) a lot. He loves to be facing outward so he can look around. A lot of times if you hold him facing you so he can't look around, he'll fuss.
We bought a used running stroller today on Craigs List. Just $50. Not bad at all. Tracey used it tonight and loves it.
I guess that's the latest news.
Posted by Scott at 8:44 PM

It's nice to see that you got a break too! Looks like you had fun!!

Glad to see you guys had fun!!!