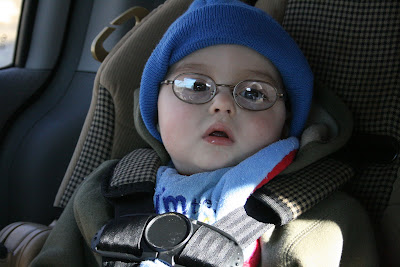 BEFORE we left the house to go to the supermarket. All bundled up, bright eyed, ready to go. 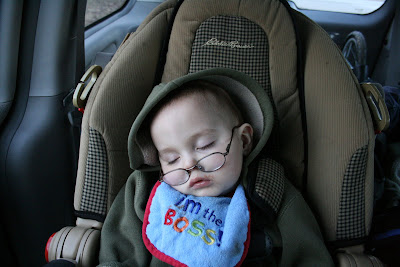 ...and AFTER a visit to the supermarket, REI and a coffee shop. Hat's gone, glasses are all torqued and he's out cold. 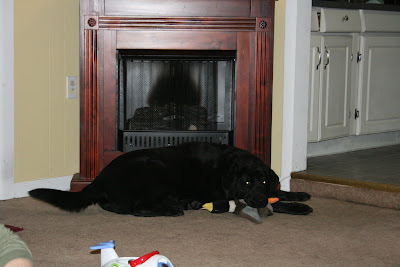 Hamilton in front of the fireplace with his chin on his duck toy. He's so good. We'll have Colby's toys all over the floor, but he won't touch them. Food that Colby drops on the other hand is fair game! 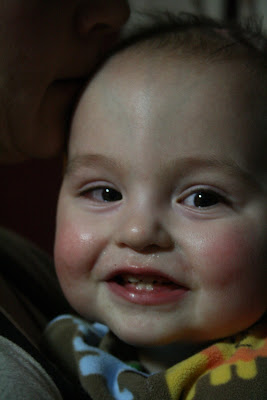 Look at those teeth! 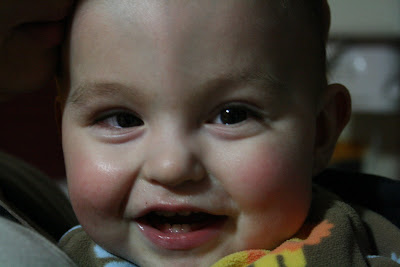 There's our boy!!!!
Nothing much to report. We continue to help work with Colby on his standing. I'm seeing more progress here than with his crawling. At first, he simply wouldn't support any weight on his legs. His knees would buckle, one leg would go one way, the other goes in the opposite direction.... We'd have to hold his feet on the ground, hold his knees back so they wouldn't buckle, hold his body up as he wouldn't support himself. But now, as long as you get his legs straight, he'll occasionally hold himself up for a couple seconds. So that's a definite improvement!
Posted by Scott at 5:10 PM

He will get there...