So much to say 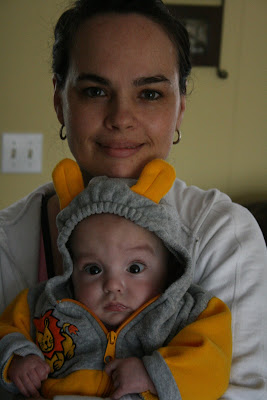 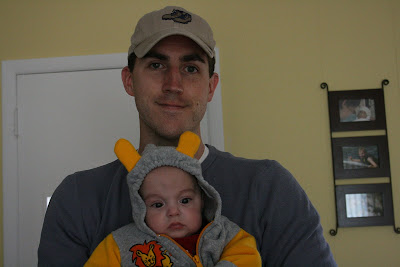 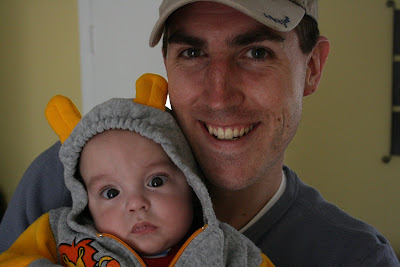 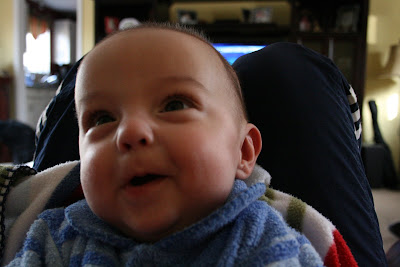 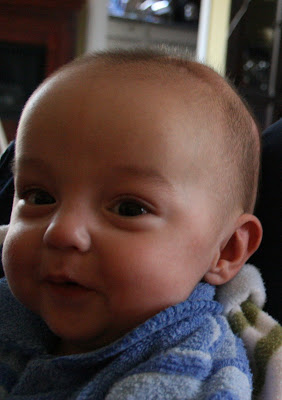 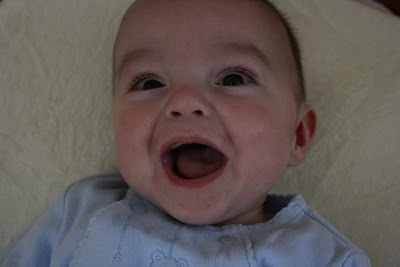 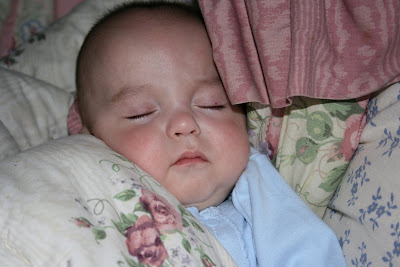 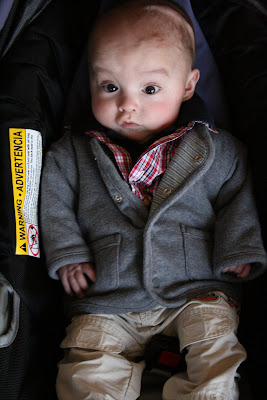 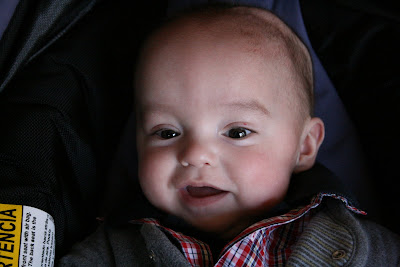 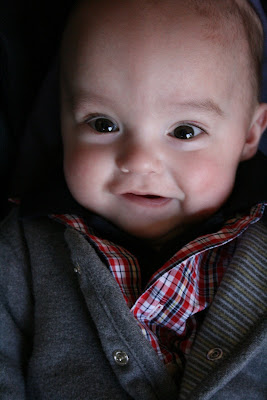 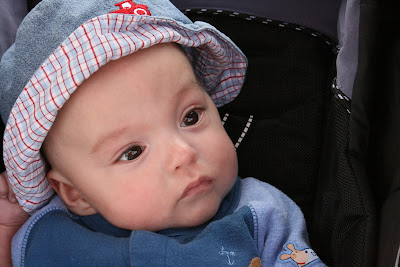 OK ...so here's a week's worth of pics for ya. Actually, we took many more, but these are some of the best ones. That's the great thing about a digital camera, you can take 1,000 pictures, post the 5 that came out good and you look like a photo genius! I know I'm biased but I just love looking at his pictures!!! I melt inside when I look at some of them.
It's been a great week. Colby is off his diuretics. We stopped them on the 10th and he's been doing fine. It's nice to have two less meds to give morning and night. Now he's just on a multivitamin and an anti-reflux med. He takes both of them each morning and each night with his formula. We've started giving him spoon fed rice cereal in the morning and home made apple puree in the evening along with his formula and he's doing very well with that. The solid foods and an increased appetite has helped him pack on some more pounds. He hasn't been weighted since his last check up but we can see his arms, legs and face filling out more and more. He's also finally growing a little more hair. It's a slow process but you can clearly see some dark hair on his head now.
He had an appointment with the developmentalist this week. Generally a good meeting, however we question how much effort was put in to really checking his progress. It was the first time the specialist saw Colby and the whole appointment was done in 15 minutes. She quickly waved a toy in front of him to check his perception and to see if he'd grab at things. Then she held him up to see how his neck movement was and then onto his stomach to see if he'd lift his head up and lastly checked him muscle tone. The head control, muscle tone and eye movement were good. But she said that his gross motor skills were lagging (i.e. grabbing onto things, being able to lift his head when on his belly, etc). We do agree with the lifting his head while on his belly as he doesn't do that well. But it's amazing how the medical field rushes through things sometimes. You have to wonder how accurate some of their statements are if they look at a patient so quickly. But all and all a good meeting. He as another one scheduled in 6 months.
Colby has been VERY vocal lately. When we're in the car, he'll sit in his seat and just babble away. His sounds are mover vowels at this point with the exception of the "g" sound. But it's too funny to hear him testing out this new voice thing. He'll also test the volume of his voice which at time can be .....well....loud! But we love it and it's great to hear him progressing with this. It's funny though because when he's in a new place or around someone he doesn't know, he'll be really quite and reserved. Then get him home and he'll screech, babble and "goooooooooo" for 15 or 20 minutes sometimes.
It's starting to get warmer here in Connecticut so it's easier to bring him out and about. We did some yard work the other day and we had him in his stroller in the shade. He seemed to like it, just looked around, didn't fuss at all. And we bring him grocery shopping or to run errands. It's neat because we'll bump into people who have been following his journey and they're always excited to see him. It's crazy to think that he's over 7 months old and many people haven't seen him yet because of his long hospitalization and then lately the fear of the RSV Virus. In another month or so we'll be just about in the clear and will be about to continue to visit with friends and family.
Posted by Scott at 9:02 PM

Wow, all grown up now! I havent gotten a chance to check your blog in a while. Cant wait to see you guys in person in June for Davie concert! Whoo hoo! Glad all is well :)

Wow, all grown up now! I havent gotten a chance to check your blog in a while. Cant wait to see you guys in person in June for Davie concert! Whoo hoo. Glad all is well :) Caz

He is so darn cute!!! He is getting chunkier, I can tell in his photos. Just a little tip once he starts solids more... you can put a 1/2 a teaspoon of oil (any oil you like but EVOO is the best) in each jar of food, and it will help him gain a lot of weight. That is what we are doing with Maleia and she has been getting so chunky!!! :D I bet for her 1 year check up she will be 15-16 pounds, which we were just hoping she would be 12 pounds so it is helping a lot!!! Our nutritionist told us to do this, so it is okay and wont hurt him.

Scott, he is one beautiful boy.

Although my girls didnt come as early as 25 weeks (they were 30 weekers) I know the pain of having them so small and in the NICU. Colby seems like he is doing well and defeating the odds. He is a strong boy!