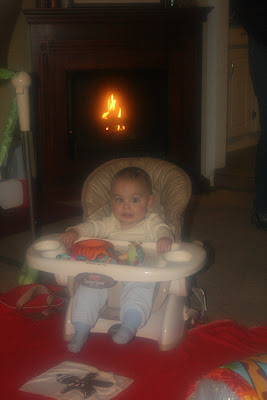 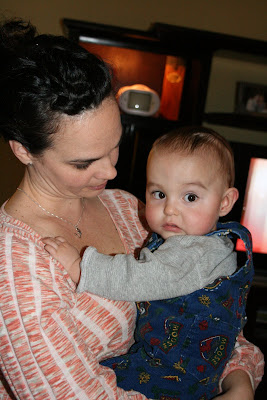 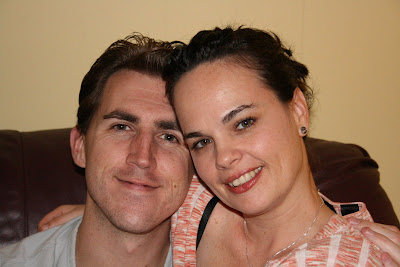 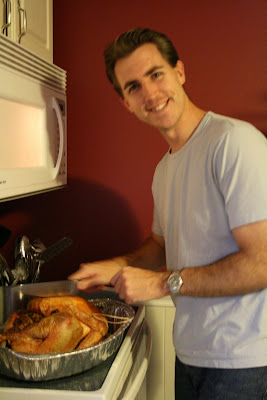 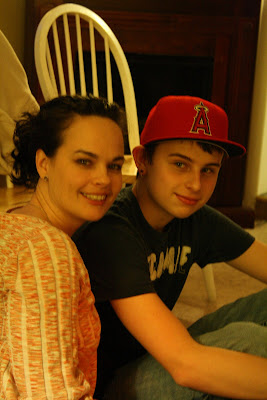 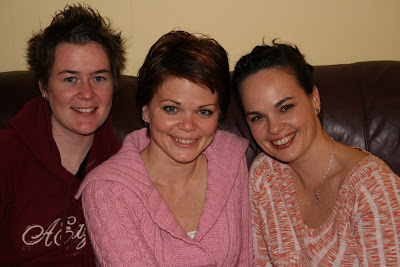 (Tracey and her sisters Amie and Sarah) 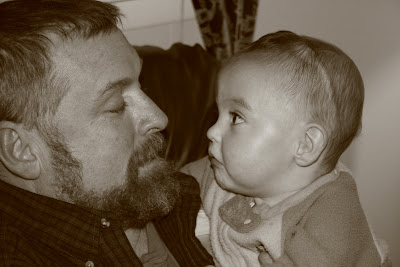 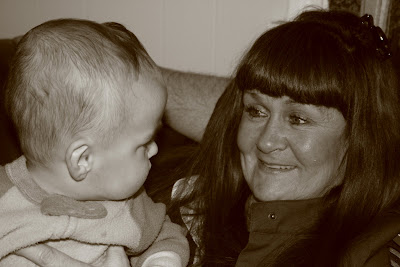 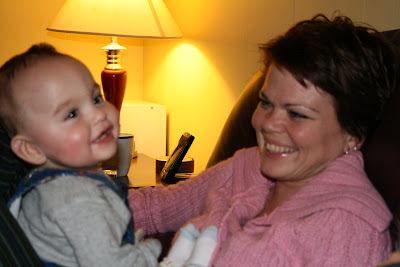 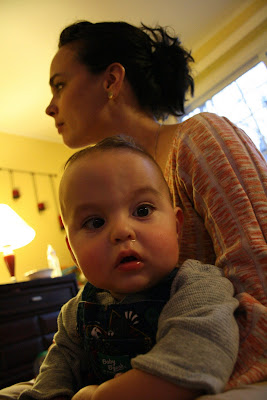 (LOL, Colby looks as if he wants to say "Dad....what are you doing????")
Colby's been doing very well. His top two teeth have pushed through. You can't see them yet, but you can feel them. That makes four teeth now! He had what looked like a cold, then turned into a cough and now as all but disappeared. We're glad that it didn't turn into anything much. If we can just make it through this cold season without any issues, we'll feel much better!
He has a toy....kind of like a gumball machine where you put little balls in the top, then have to pull a lever to get the balls out again. We've been working with Colby first to understand how to put the balls in and secondly, how to pull the lever and get the balls back out. He's finally got it! It's not 100% of the time, but he gets the connection. I know it may seem like a small thing, but it's just so awesome to see him drawing the connection that if he does something, something else will happen.
He's still not crawling. It seems like he has little strength in his arms. He just won't push himself up. Well...he will, but only for a quick second, then he'll fall onto his belly and he's content to lay there or flip onto his back. We'll have to keep working on that!
Although this is technically Colby's second Thanksgiving, he was in the NICU last year. So we're counting this as his first. We had Tracey's family over our house. We love to entertain and really having Colby interact with other people. It was a nice day.
Colby's crying and probably wants a bottle, so I'm going to wrap up this entry and post it. Hope that all of Colby's Fan Club had a wonderful Thanksgiving.
Posted by Scott at 8:53 AM

Great family pictures Scott... love the red wall in the kitchen too! =)

Also, it is the small things, the little moments that make us all smile... such as Colby getting the concept of the ball toy... very exciting to watch him I bet!

Glad to hear you guys had a good Thanksgiving. The pictures were great and I can't believe he has four teeth now! : )

The pictures are awesome, he is getting so big!!! I bet he will commando crawl like Maleia does before he crawls on his hands and knees. She still isn't crawling on her hands and knees but will get up on them. It is so wonderful when they learn cause and effect, the little things mean so much!!!

Glad you all had a great Thanksgiving!!!

It's those little moments that are so amazing. I remember a video you posted where Colby looked at you after you said his name, that brought tears to my eyes. I've spent most of my twenties studying human development and I know exactly what goes into those everyday, ordinary acts and ther are nothing short of miraculous.