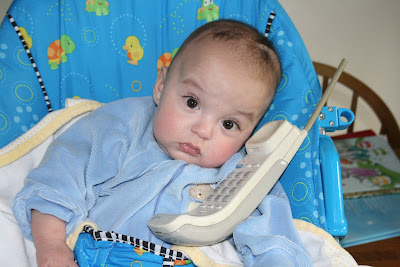 (Colby says "Hello everyone....can you hear me? I'm way up in Maine at a Sebec Lake where there's enough mosquitos and black flies to suck me dry in under 2 minutes!" ) 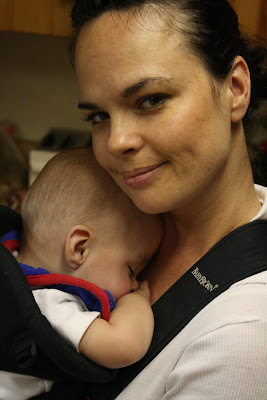 (This was taken the night we got there. Colby was awake for a while, so Tracey plopped him in his bjorn as we got settled into camp...that's what they call a cottage up there...."camp") 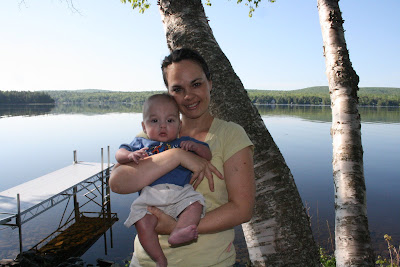 (This was taken just this morning before we headed back. We had to act quick before the black flies and mosquitoes found us.) 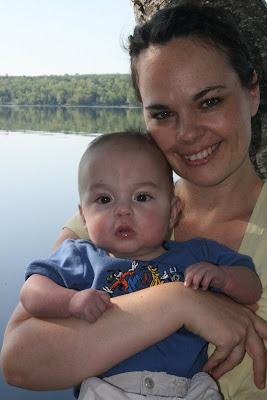 Ever since I was about 2, I have been going up to a lake in Maine called Sebec Lake. If you're not familiar with Maine, it's right smack dab in the middle of the state. Quite a ways up there but a beautiful area and well worth the drive.
I have a lot of memories from spending time up there. We'd go every summer and have become very good friends with the Cummings family. Their family owned the house next to where we used to rent. They have three children, Jodi, Jason and Jennifer, all about my age. Through the years, we'd get together every summer for a week or two, pick up right where we left off the summer before and enjoy the time at the lake. Now they too have grown, all of them married and Jodi now has two girls, 18 months and a newborn. We get together each time we're up that way. It's beyond what I can express in words to see Colby now starting to get to know Jodi's children.....just as I became friends with them.
Colby marks the 4th generation of Reeds to spend time at the lake. Now that we own a place up there I'm so looking forward to him making memories of time spent fishing, swimming, sitting at the campfire, fighting off black flies and mosquitoes and all the other things that go along with vacationing in Maine.
We had a wonderful time. Colby was a great traveler and just sat in his seat, exploring his voice and making all kinds of funny sounds for the majority of the 6 plus hours it took to get up there. He only fussed once on the way up and once on the way back and this was because he was hungry. We'd pull over, feed him and he was happy as could be.
I'll need to get more video because he's really blossoming with his interaction, motor skills, head control and overall interaction with the world and people around him.
Thank you Caz and Mari for your comments!
Posted by Scott at 5:56 PM

Glad to see that Colby had a good time up at camp!!! He is getting so big!!!