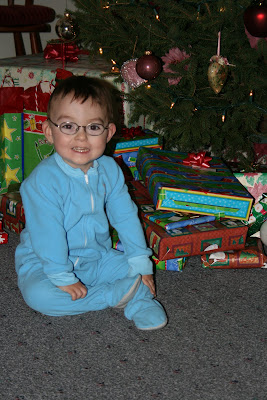 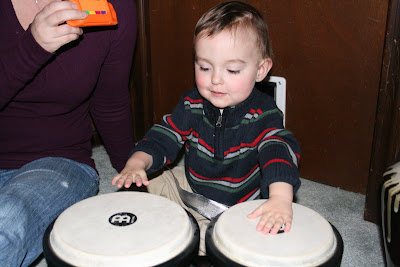 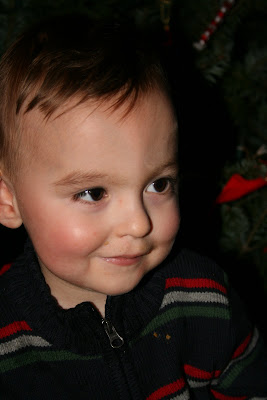 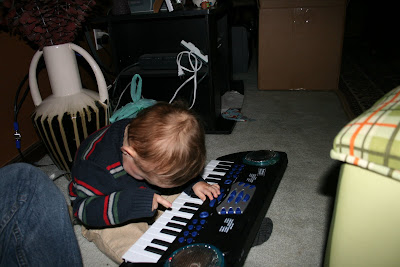 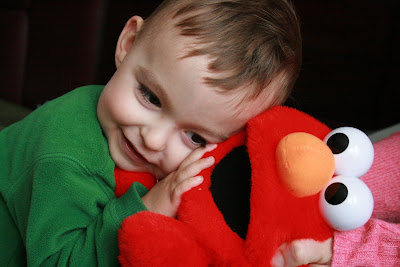 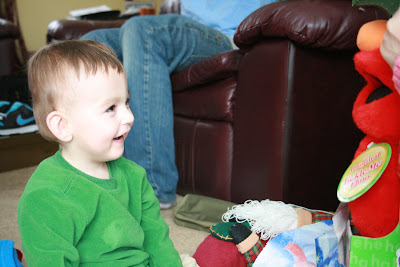 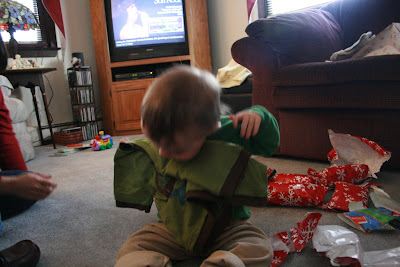 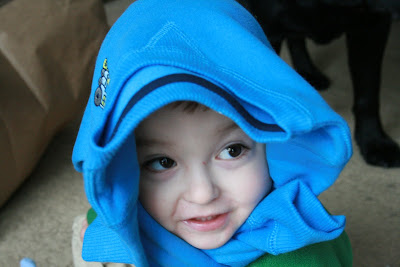 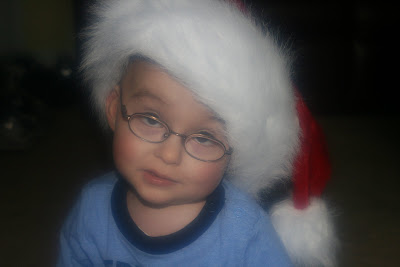 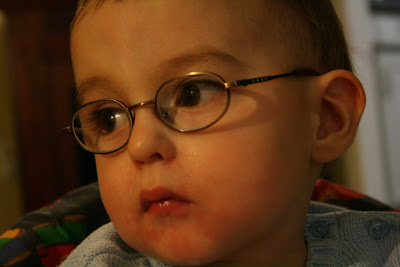 Colby's first two Christmases were spent in the hospital. It took three tries, but Colby's third Christmas was spent at home with family.

We started introducing the idea of Santa a couple months ago and he got to the point that he would recognize Santa's picture or say "Santa....coming.....ho, ho, ho". He doesn't quite get the concept of presents yet, but he still enjoyed his gifts once they were unwrapped.

Since the last update, Colby's vocabulary and verbal skills have continued to improve. He's a little chatterbox, repeating everything we say and coming up with some words from TV or other people. He's getting to the point that he'll say something and Tracey or I will ask "Did you teach him that?".

It's interesting because we will give him a toy, a car for example and say "drive". He will take the care and say "I driving, I driving". Or he got a toy cutting board with a fake knife and some plastic vegetables that break apart when you push the knife through them. I gave him the knife and said "Go ahead, cut them". He took the knife and said "I cutting...I cutting".

His biggest hurdle continues to be standing/walking. Though he continues to make slow, steady progress. He readily asks to walk. He need some help getting to his feet, but once standing, his little legs start stepping forward, at times without any thought of the position his upper body is in. Because of the way he sits on the floor (both legs in front of him,almost indian style with the soles of his feet facing each other), it makes it very hard for him to get up from the floor. He would need to rely on his arms to pull himself up and he just doesn't have the strength in his arms to do so yet. He got a play table for Christmas that's just the right height for him to grab on and pull himself up. So with some work, we're hoping this will really help him.

Tracey and I were talking the other day. We said that, among other things, next Christmas will bring Colby, 3 years old by then, probably running around the house, getting into everything. That's a problem we look forward to having.

Wow! I can't believe how much he's grown. He looks like such a little man. In some of the pictures it looks like he's starting to look like you. And I'm so happy to hear he was home for THIS Christmas. Merry Christmas a few days after, and wishing you guys a wonderful New Year.

The pictures are so great. He is so grown up! I'm so happy you all got to spend Christmas at home together. Happy New Year!

Your blog keeps getting better and better! Your older articles are not as good as newer ones you have a lot more creativity and originality now keep it up!